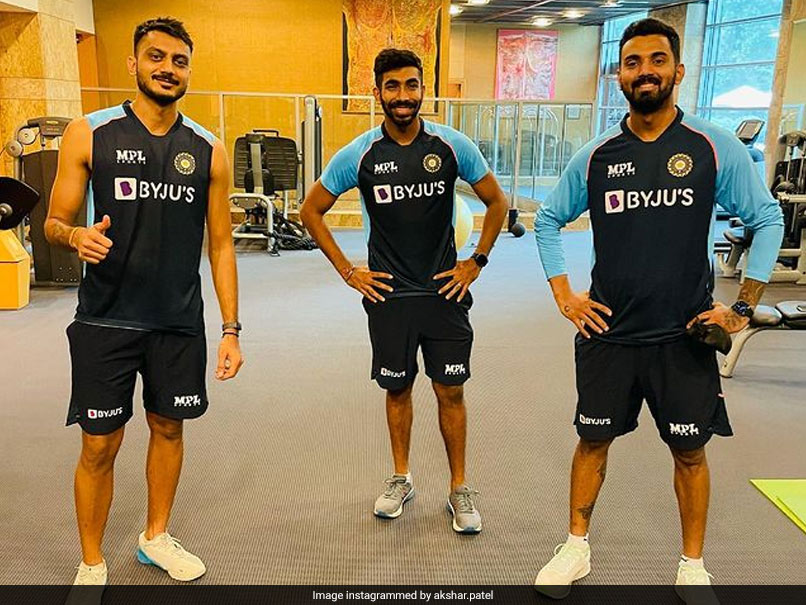 
Axar Patel took to social media to post a photograph with Jasprit Bumrah and KL Rahul. The trio are part of India’s team for the upcoming World Test Championship (WTC) final clash vs New Zealand, starting from June 18, in Southampton. The photograph looks to have been taken from Team India’s gym session, and the players look happy together. Axar captioned the photo as, “we rise by lifting others”. The photo was well received by fans, with many pointing out that the cricketers were looking sharp.

On Saturday, the ICC revealed that India will arrive in England on June 3, with members from the contingent carrying a negative PCR test for COVID-19. The team is also currently serving their mandatory 14-day bio-secure quarantine in Mumbai.

After landing in England, the Indian team will be taken directly to the on-site hotel at the Hampshire Bowl, where they will be tested once again, before starting their isolation period in their bio-secure bubble.

On the other hand, New Zealand are already in England for their two-match Test series. According to ICC, the Kane Williamson-led side will move from the ECB bio-secure environment to the WTC final bubble on June 15.

The two England vs New Zealand Test matches will be played at Lord’s (June 2) and Edgbaston (June 10).

After the WTC final, India will face hosts England in a five-match Test series.