Watch Young Rock Season 1: Young Rock is a sitcom television series that is broadly based on the life of professional wrestler and actor Dwane “The Rock” Johnson. The show is depicted in such a way that Dwayne Johnson is running for the United States presidential election in the year 2032. In each of the episodes, Dwayne Johnson is ready for an interview or conversation. During this he goes through parts of life in which he tells the different life lessons that have made him the man he is today. These stories are presented in the form of flashbacks that take place in three different time periods. As a 10-year-old in Hawaii, 1982, as a high school student in Pennsylvania, 1987, and as a football player and college student at the University of Miami, 1990. This article discusses Young Rock Season 1 Episode 9 Preview and Episode 8 Summary.

In 2032 Philadephia, Sandy Lai-Edwards informs Dwane Johnson of a PR crisis that he needs to deal with as soon as possible. People are so angry with him that his poll numbers have fallen even in the Northeast. He’s going to a protest at Philly’s Prize Cheesesteaks. He apologizes to the public for having cheesesteak protein style i.e. no bun. Funnily enough, people want him to apologize, since it’s not American to do that. Dwayne apologizes, asks for a second chance at redemption, and begins narrating the flashback for the episode. 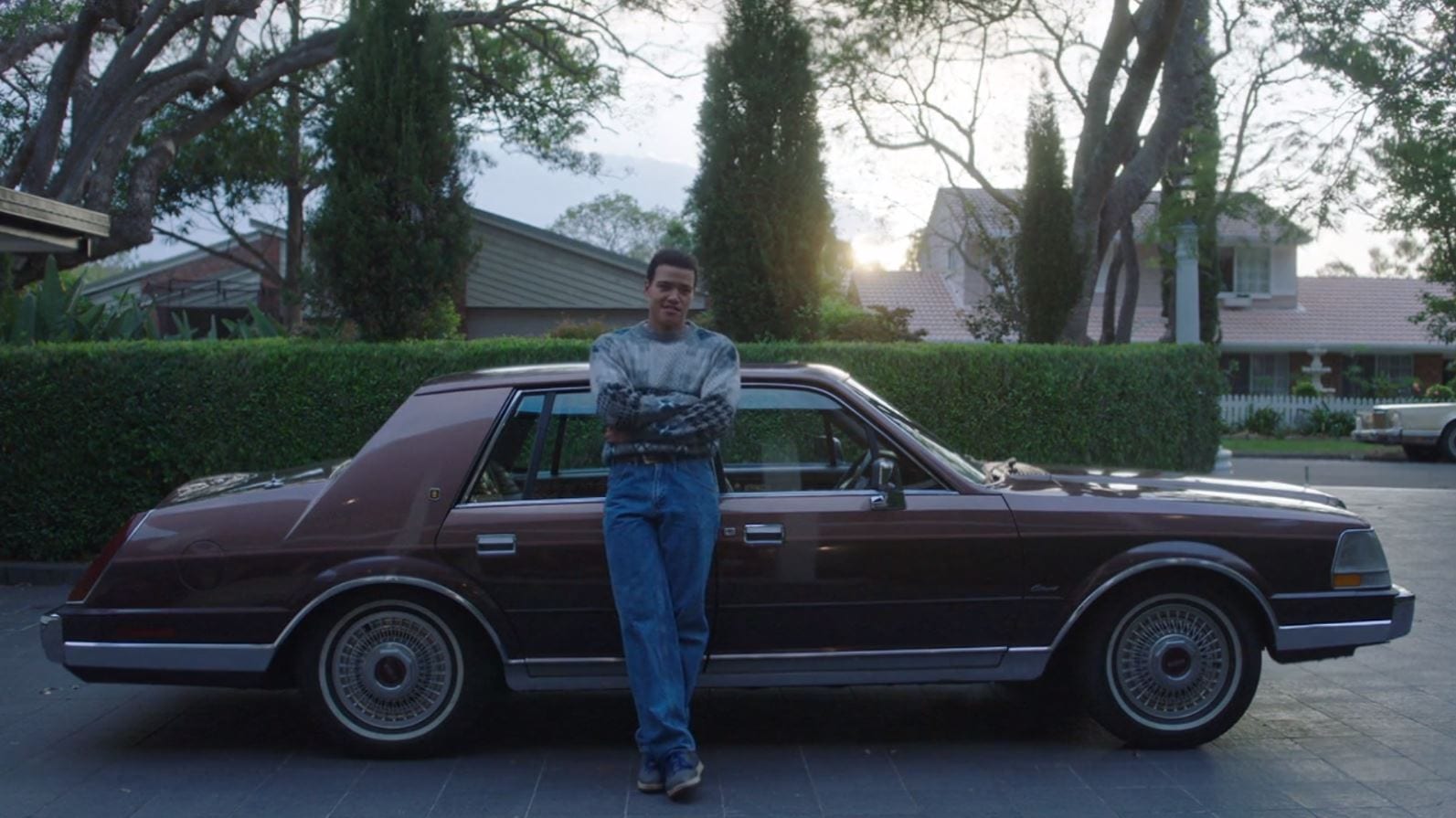 Dwayne shows off his father’s car to Karen – credit NBC.

Young Rock Season 1 Episode 8, entitled “My Baby Only Drinks the Good Stuff”, is about a time in 1987, Pennsylvania. Here, Dwayne wants to apologize to his girlfriend, Karen, for leaving her on a date. So she asks him to show that he is fully committed by having her eat dinner at his house with Dwayne’s parents. This panics Dwayne, as he has always portrayed himself as rich in front of Karen. In reality, he was working on the trick pretending to be rich. Because he is so tense, he reacts his anger to the football coach. Later he goes to his father, who advises him to use the gimmick harder. So Dwayne takes his dad’s car for a date with Karen. But everything goes wrong for him, because he must finally tell her the truth about his family.

Elsewhere, Ata and Rocky run into a lot of trouble with money. Ata tries her best to provide for her family, while Rocky tries to help her halfheartedly. Eventually Rocky sells his car so that the family can have some money. Dwayne discusses what he did wrong in his anger as he goes to see the football coach and apologizes for his behavior. The coach forgives him and asks him to play football as this could open up opportunities for Dwayne. This concludes the story, as Dwayne tells how a second chance can surprise someone. The Phillies forgive him while he bites into a cheesesteak.