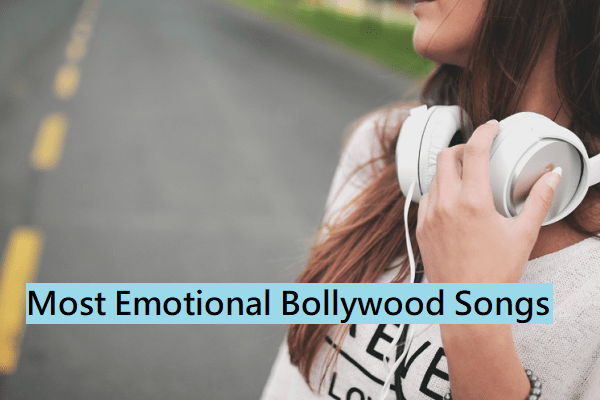 Since several decades now, the Bollywood film industry has been churning out some of the greatest movies of all time. The songs of these films have become extremely popular with time.

The sad songs of Bollywood might not be a unanimous choice for the youth but at the same time, these songs about heartbreak, pain and heartache have a different cult following.

The old songs have lyrics that speak a different language which connects to the heart. Here are few of the best Bollywood sad songs.

This song belongs to the movie Aandhi and the singer of this song is the great Kishore Kumar. The lyrics of this song were written by Gulzar and hence you can well understand the power of this song to evoke emotions in your heart.

Salma Aagha was the singer of this extremely painful Bollywood song that was from the movie Nikah. Hasan Kamal wrote these beautiful lyrics to which you may feel a strong desire to cry while listening to this song.

This sad song was from the movie Asha and the supremely talented singer, Lata Mangeshkar sang this song. She did her best to pour in all her emotions into this song and this is why it is such a soul-stirring number. The powerful lyrics were written by the great Kaifi Azmi.

This is yet another sad song from the movie Agneepath that starred Hrithik Roshan and Priyanka Chopra. This is the remake of the film by the same name that starred Amitabh Bachchan.

Sony Nigam did justice to the lyrics of this song that were penned by Amitabh Bhattacharya. Ajay-Atul was the music composer.

This sad song was from the movie Tumse Achcha Kaun hai that was released in 2002. This is a musical romantic film that was directed by Deepak Anand. Kumar Sanu was the singer of this sad song and you’ll feel the depth of the words while listening to this song.

This is an extremely sentimental song that was sung by the Ghazal expert, Jagjit Singh and the song was composed by Nikhil Vinay. After he created this ghazal, this was touted to be one of the greatest ghazals ever made in this history of Bollywood. The song was from the movie ‘Tum Bin’.

The singer of this beautiful melodious song is the best singer of Bollywood, Kishore Kumar and it is from the movie Chor Machaye Shor. This movie was released in the year 1974 and the film stars Mumtaz, Shashi Kapoor, Madan Puri, Danny Denzongpa and Asit Sen. Asrani had grabbed a Filmfare nomination for this film.

Dil Aisa Kisi Ne Mera Toda is a Hindi song that was from the movie Amanush. This film was released in the year 1975. Amanush is an action drama that was made both in Hindi and in Bengali and it was produced by Shakti Samanta. The film had Uttam Kumar, Sharmila Tagore, Utpal Dutt and Asit Sen in it.

Himesh Reshammiya, the great Indian music director has directed this emotional song from the movie Namaste London. The singer of this soul-stirring song is Rahat Fateh Ali Khan and the movie starred Katrina Kaif and Akshay Kumar.

Tadap Tadap Ke Is Dil Se is a powerful sad song that was from the movie Hum Dil De Chuke Sanam. This is a romantic drama directed by Sanjay Leela Bhansali and the film stars Aishwarya Rai and Salman Khan. KK sung this song.

This extremely harmonious song is from the movie Bombay which came under the Yash Raj Film banner. This movie starred Arvind Swamy and Manisha Koirala and the song was sung by Kavita Krishnamurthy and Hariharan.

This emotional song was sung by Asha Bhosle and it was from the movie Iazzat. Gulzar wrote the lyrics of this movie and it is still remembered by most Bollywood buffs.

Mohammad Rafi sang the song and this melodious song was from the movie Heer Ranjha. Kaifi Azmi, one of the most popular lyricists of that time wrote the lyrics of this song.

Kumar Sanu is the singer of this song which has been listed from the movie Saathi. Sameer was the lyricist of this movie and he penned down very powerful lyrics which made the song a favorite among sad-song lovers.

Mukesh sang this song as this was an ode to unrequited friendship. This song was from the movie Sangam and Shailendra wrote the lyrics of this beautiful number.

This song is from the Madhuri Dixit starrer hit movie, Saajan. Anuradha Paudwal and Kumar Sanu were the singers of this song and Sameer was the lyricist.

Shankar Mahadevan sang this emotional song Meri Maa from the movie Taare Zameen Par and Prasoon Joshi was the lyricist. You’re bound to have tears in your eyes once you listen to this song and you can’t help but remember your mom.

Kishore Kumar sang this sentimental song from the movie Amar Prem. Anand Bakshi wrote the lyrics of this sad number which is still sung by many when they’re in a pensive mood.

Reshma sand this song from the movie Hero and Anand Bakshi was the lyricist of this song. You can’t help but remember your lover or beloved while listening to this song.