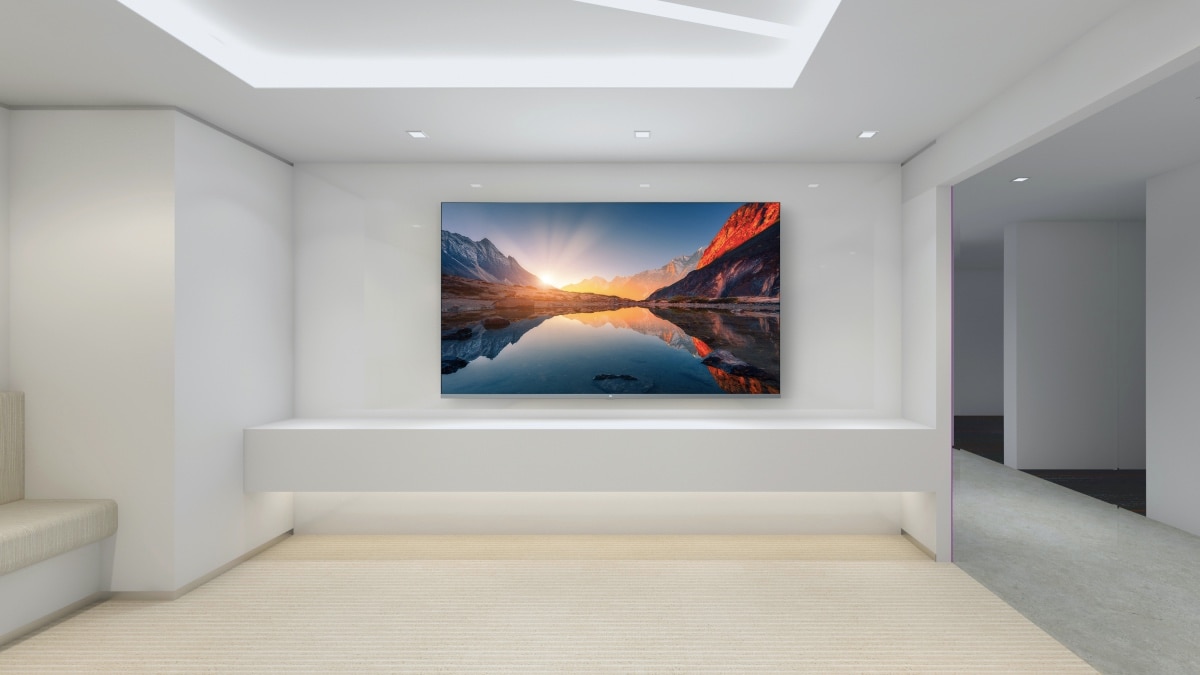 In this update, the LG C9 OLED television – our previous top pick at under Rs. 1,50,000 – has been replaced by the LG 48CX, post our review in April 2021. Although smaller and seemingly not as good value for money, the LG 48CX is unique in that it’s the smallest OLED TV available in India (that we know of), and could suit many requirements including space constraints or monitor use cases, thanks to its size.

The television is an essential part of most households in India, and buyers want to make the best choice when making such an important purchase. Most people tend to stick with their TVs for five years or more, and this makes choosing the right option even more critical, particularly if you’re buying a premium television that costs over Rs. 1,00,000. At the same time, prices for affordable TVs are going down and features and specifications are improving, making buying a television all the more confusing.

Should you go spend a bit more and go with a ‘safe’ option from a well-known brand, or grab a deal and try your luck with a smaller brand? Regardless of what your budget is, this buying guide will hopefully make your decision a bit easier. We’ve listed our top picks in the smart TV segment across budgets based on our reviews and experience, to help you choose the best television for your home.

Does it make sense to spend more on a better TV?

With televisions and much of the technology around them becoming more affordable, it’s now possible to buy a well-equipped TV with good features and specifications for less than Rs. 25,000. This begs the question — does it then make sense to spend anything more? Also, are the benefits of buying a premium TV truly commensurate with the increase in price? To put it plainly, that depends entirely on you and your viewing habits.

Many buyers do tend to prefer 32-inch and 43-inch televisions for various reasons, particularly price, space limitations, and viewing habits that are still largely focused around cable and DTH content. If you have the space for a larger TV, a good Internet connection, and access to streaming services such as Netflix, Hotstar, and Amazon Prime Video, you might want to consider a 4K HDR TV, 55 inches or larger. If you’re particular about picture and sound quality, it will make sense to invest in better screen technologies such as QLED or OLED.

No other brand has made quite an impact on the Indian budget television market, in as short a time as Xiaomi has. The Mi TV 4A Horizon Edition keeps up its tradition of offering a lot more, at very affordable prices. The signature feature of the Mi TV 4A Horizon Edition is its slim bezel, and this television also offers an all-round experience that makes it a very good pick in the entry-level smart TV segment.

Priced at Rs. 23,499 for the 43-inch variant and Rs. 13,999 for the 32-inch one, the Mi TV 4A Horizon Edition series runs on Android TV 9 out of the box, with access to all popular apps and services through the Google Play Store. There’s 1GB of RAM and 8GB of storage, and like other Xiaomi TVs, it also runs the PatchWall 3.0 UI. With good picture and reasonable sound quality, this is a worthwhile choice in the entry-level segment. Interestingly, there’s finally fast booting on the TV as well, along with other software-based optimisations and features. 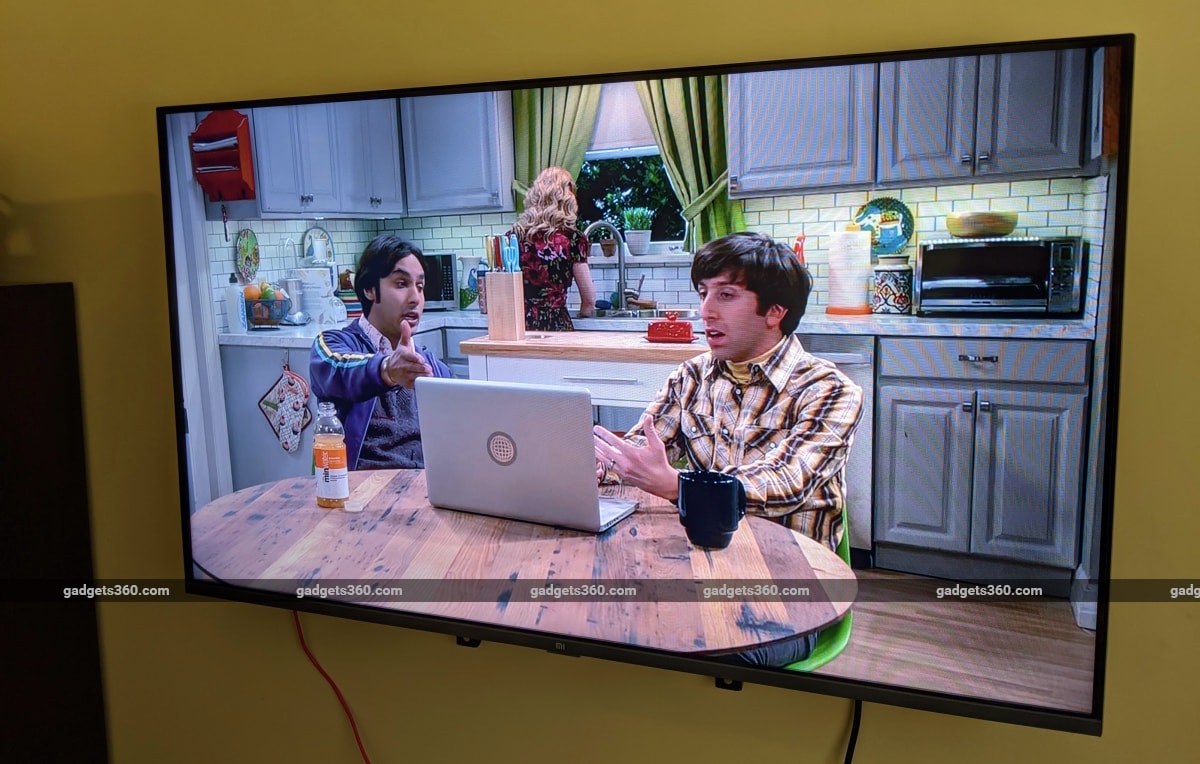 The Mi TV 4A Horizon Edition isn’t without its flaws: slightly sluggish UI performance, dull colours, and a minimalistic remote hold it back a bit. However, these issues are minor in the larger scheme of things. This is still our top pick for a basic smart television, if you’re looking for a small screen and are happy with HD or full-HD capabilities.

Among the first big launches of 2021 in the television space, Amazon finally launched its television under the AmazonBasics brand in India. The first television range from the company is the Fire TV Edition Ultra-HD Smart LED TV series, available in sizes of 43 inches, 50 inches, and 55 inches. The 43-inch variant is available for Rs. 28,999, and that makes it our top pick among televisions in the lower price range.

A number of reasons make this TV range our new favourite in this price segment, including the Fire TV Edition badge. The TV runs Fire TV OS, which is the same software used on Amazon’s Fire TV Stick range of streaming devices, of course adapted and optimised for a television. This makes for a smooth and easy user experience, with access to all major apps and streaming services for smart TVs today. With 4K and HDR (up to Dolby Vision) support, this is an excellent choice for users looking to buy a feature-filled Ultra-HD TV without spending too much.

Performance is decent across resolutions and content, and the picture is notably soft and easy on the eyes. Although there are limited options for external audio connectivity and average black levels, the pros outweigh the cons here, making it one of the best TVs you can buy today for less than Rs. 40,000.

The last few months saw a major trend emerge in the television space in India; QLED televisions became considerably more affordable, making it possible to find a good QLED TV under Rs. 60,000. Our top pick in this price range is a recent launch from Xiaomi, which happens to be its most expensive television offering in India as well – the Mi QLED TV 4K. Priced at Rs. 54,999, this Ultra-HD television supports HDR, up to the Dolby Vision format, and the best software experience you can find on a TV in this price range.

There’s a lot to like about the Mi QLED TV 4K, including the design, specifications, performance across all content resolutions, and plenty of connectivity options. There are some issues with motion, black levels are average, and Xiaomi’s strange habit of not including batteries for the remote in the box. However, these are relatively small problems that don’t significantly impact the quality of this television.

The Mi QLED TV 4K is available in a single 55-inch size for now, and it’s important to remember that this is still an entry-level QLED TV. However, there isn’t a better TV that we can recommend for under Rs. 60,000 right now, for its good all-round experience.

At a budget of Rs. 1,00,000, our top pick is the OnePlus TV Q1 Pro (Review). Launched last year, the Q1 Pro is a 4K QLED TV with support for Dolby Vision HDR, and it has a unique party trick — a slide-out Dolby Atmos-enabled soundbar. This makes for excellent sound on top of decent picture quality with vibrant colours, lots of detail, and excellent motion.

Although there were a number of issues with the OnePlus TV Q1 Pro early on, most of these have since been fixed with software updates. You now get good performance even in the Android interface, support for all major apps and services on Android TV 9 Pie, a new and improved remote, and reliable performance. The OnePlus TV Q1 is also worth considering. It costs under Rs. 70,000 and doesn’t have the slide-out soundbar, but matches the Q1 Pro on all other parameters.

Although a part of the CX range that has been around for a while now, the LG 48CX is unique in that it’s among the most compact OLED TVs in India. With a maximum operating price of around Rs. 1,35,000, the LG 48CX is small enough to suit not-so-large rooms, while giving you the flagship OLED experience. Although a bit expensive, the unique combination of size and feature set makes this an appealing buy under Rs. 1,50,000. 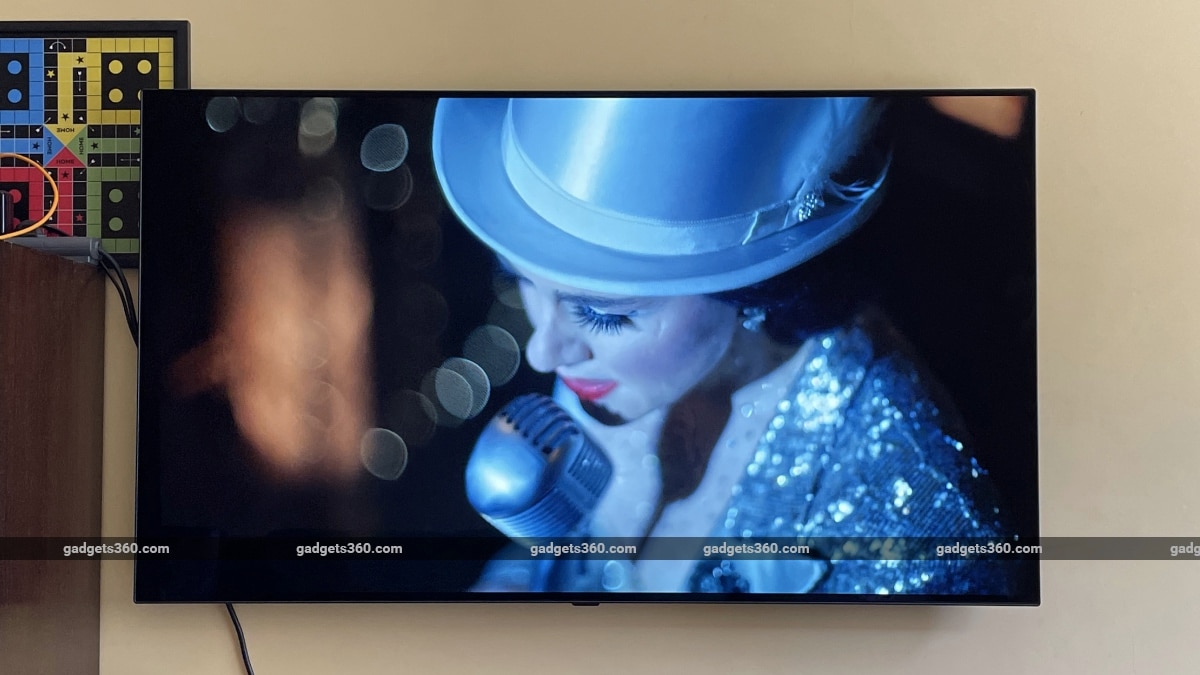 Picture quality and sound are decent, as is the software and the presence of useful features such as support for Apple AirPlay and Nvidia G-Sync. You also get the typically excellent black levels and contrast of an OLED TV, without something that is potentially too large for your viewing space.

It’s also worth looking at the LG 55CX, which is available online for around the same price as the 48CX, and therefore offers much better value for money. If you have the room for a 55-inch TV, the 55CX offers the same features and benefits, but with a larger screen. That said, the 48CX works well in a smaller room such as a bedroom, and can also potentially be used as a monitor for a computer setup.

Priced at Rs. 2,99,900 (although realistically available for a bit less in the market), the 55-inch Sony A9G OLED TV (Review) is definitely expensive, and lots of buyers won’t see the value in spending this much on a television. However, this is among the best premium television experiences you can buy right now, thanks to the OLED screen, beautiful design, Dolby Vision and Dolby Atmos support, and Android TV 9 Pie. 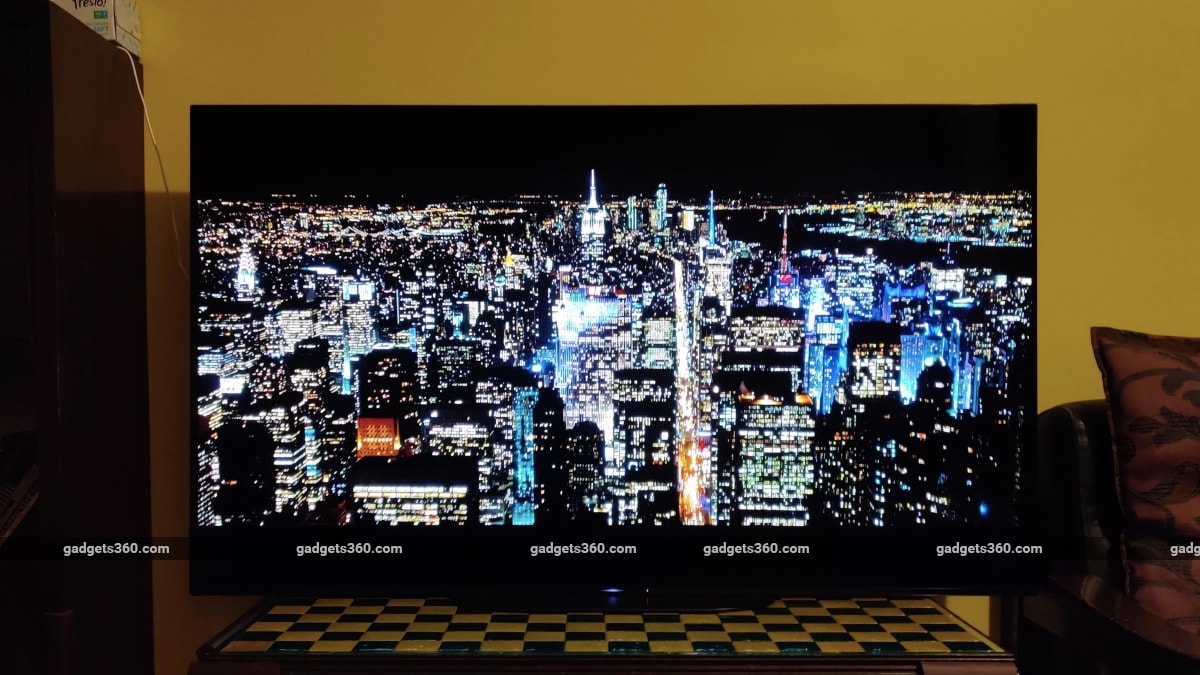 Like all OLED TVs, the Sony A9G can’t quite get as bright as a good LED or QLED TV. Sound quality is just average considering the price, which means you’ll probably want to buy a good surround sound system or soundbar to get the best possible experience out of this TV. However, if you do have the budget, this TV gets most things right, and will give you the kind of premium performance you would expect for this kind of money. You could also consider the 65-inch variant, if you want a bigger screen.

Is Mi QLED TV 4K the best affordable smart TV for enthusiasts? We discussed this on Orbital, our weekly technology podcast, which you can subscribe to via Apple Podcasts, Google Podcasts, or RSS, download the episode, or just hit the play button below.


Ali Pardiwala writes about audio and video devices for Gadgets 360 out of Mumbai, and has covered the industry for a decade now. Ali is a Senior Reviewer for Gadgets 360, where he has regularly written about televisions, home entertainment, and mobile gaming as well. He is a firm believer in 4K and HDR on televisions, and believes that true wireless earphones are the future of the personal audio industry. Ali is available on Twitter as @AliusPardius and on email at [email protected], so do send in
…More