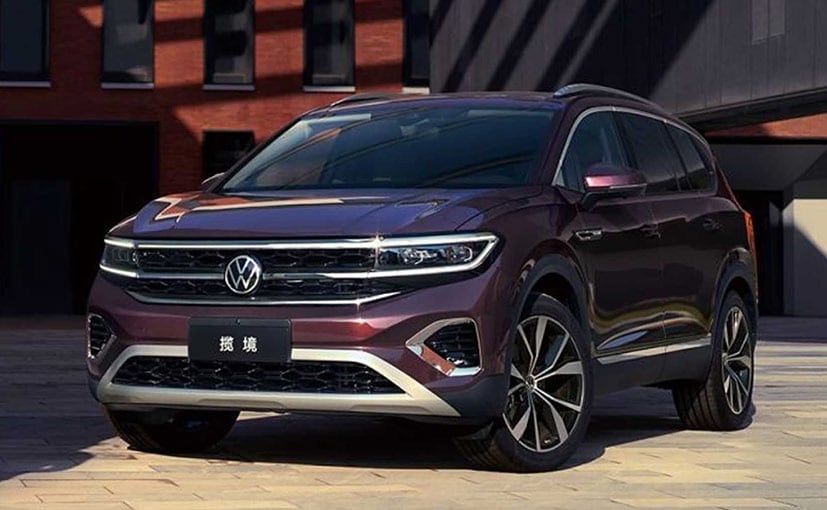 The new Volkswagen Talagon happens to be the largest SUV spawned by the MQB platform and for your perspective, it’s even bigger than the mighty Atlas.

The Volkswagen Talagon is the largest model underpinned by the MQB AO platform.

Auto Shanghai 2021 has been keeping us busy with numerous new unveils specific to the China market and we have a new one from Volkswagen joining the fray. It’s the new Volkswagen Talagon which happens to be the largest SUV spawned by the MQB platform and for your perspective, it’s even bigger than the mighty Atlas. Coming back to the Talagon, it is 5,152 mm long, 2,002 mm wide and 1,795 mm tall. The massive wheelbase freely stretches at 2,980 mm, which means you can probably fit in a Kwid between its wheels. 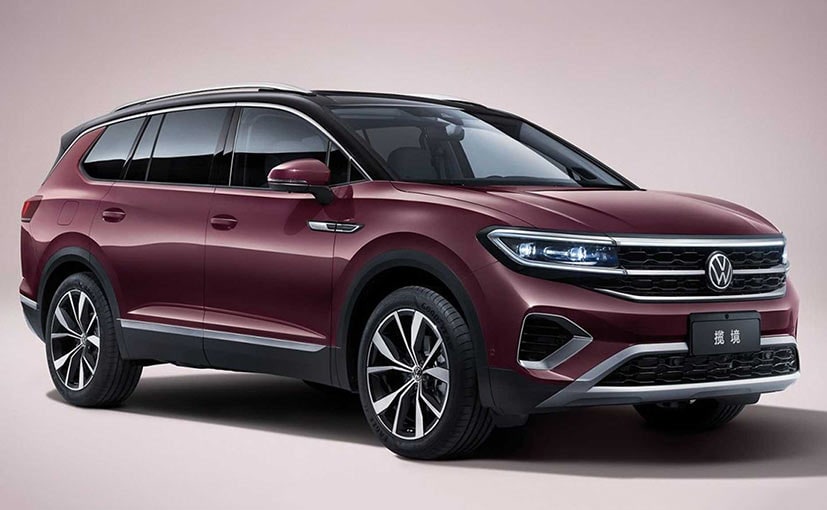 The Volkswagen Talagon measures at over 5 metres in length.

The new Volkswagen Talagon is developed locally in China by VW-FAW joint venture and the three-row SUV is underpinned by the MQB Evo (scalable derivative of the MQB AO) architecture and comes with a choice of six or seven seats. And yes! It’s been designed to look just as butch and imposing, doing proper justice to its dimensions. 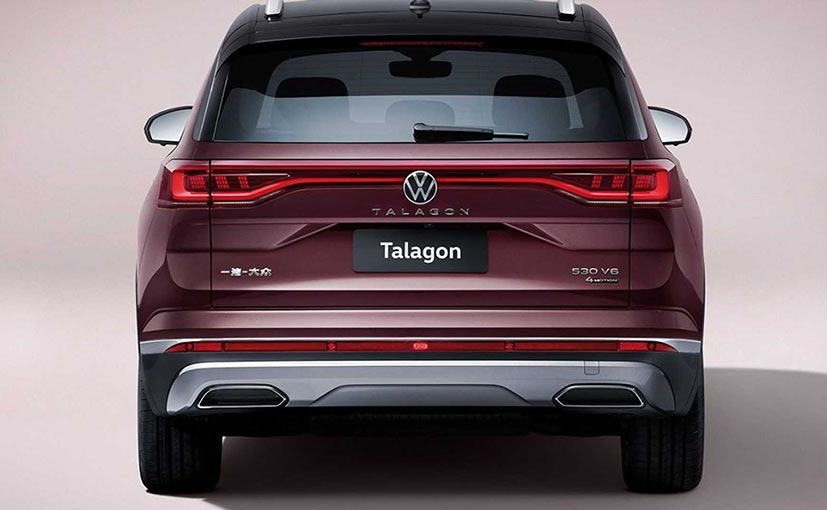 At the rear, it looks quite similar to the Atlas.

The good part is that those bulges have been sculpted gracefully and you’ll find hints of the VW I.D.6 here, specifically in its face. The grille and bumper have been given equal space and chrome detailing on the grille very finely merges with daytime running lights (DRLs) in the headlight that flanks the grille. The central air-dam down in the bumper too is flanked by air curtain with neat chrome surrounds and the sculpted hood tapers down on to the upright face. Of course, essentials like chunky matte claddings silver skid plates haven’t been ditched and I must say that blend well with its proportions. 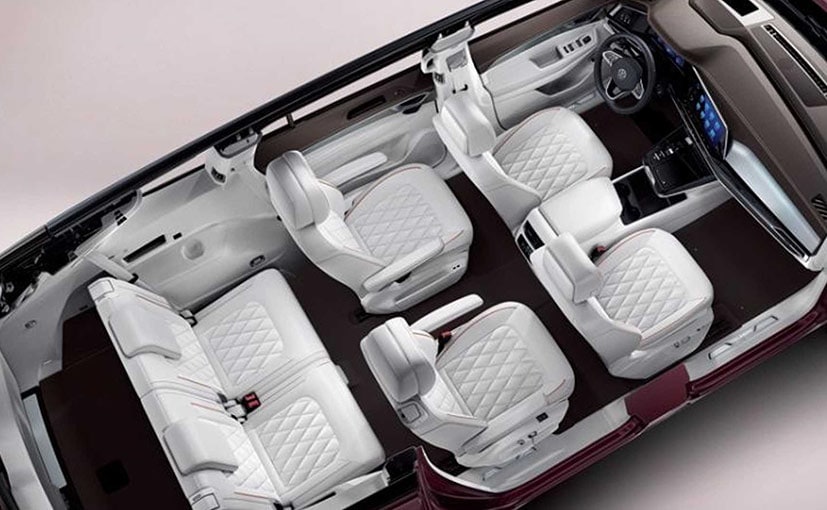 In a very conventional SUV fashion, the profile does without much drama which is eye-soothing after having seen way too much sharper elements on models launching of late. Here, the shoulder line subtly highlights the profile while the dual-tone roof keeps up with trends. And the rear will instantly remind you of the Atlas, just that this one is a bit grown up. In fact, it’s very much like the family design now and you can pick up hints even in the upcoming Volkswagen Taigun, especially in the way these conjoined taillights are done and the bootlid has been segmented. 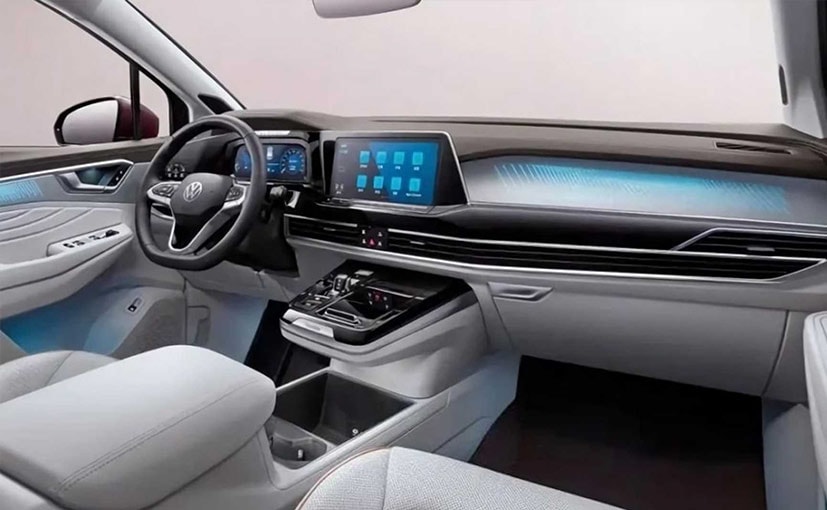 The dashboard layout i similar to what we have see in other VW models, but it gets a new centre console.

Getting to the cabin now, the pattern and contouring won’t look much different to regulars. We recently saw a similar layout in the Golf and somewhat even in the Polo. But this one gets a floating centre console. But the cabin looks quite fancy with its leather upholstery, intricate ambient lighting, dual-screen setup, and a massive sunroof extending across the first two rows of seats. And speaking of the seats, it’ll be exclusively offered in six or seven-seat configurations with optional captain seats format. The Volkswagen Talagon also gets a panoramic sunroof and ambient lighting.

And finally coming to powertrain options! Well! There is no option. The only choice buyers in China will have is of 2.5-litre, Turbocharged V6 unit putting out 291 bhp and 500 Nm of peak torque. Now 2.0-litre four-cylinder’s mills have been considered for this hulk of a SUV. The power is send to all the four wheels through the 4Motion all-wheel-drive (AWD) transfer case and the powertrain is mated to a seven-speed, dual-clutch automatic transmission. We have already said that the Volkswagen Talagon will be specific to the China market and chances of it coming our way is less than minimum.