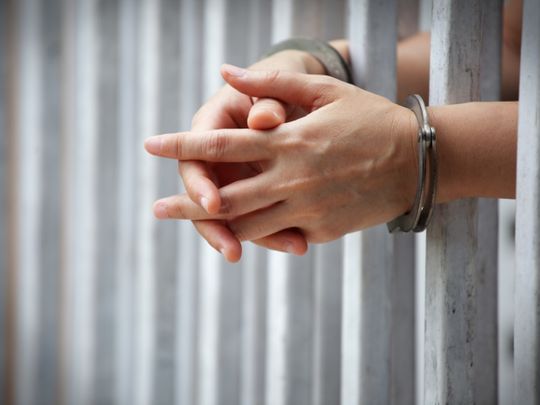 Dubai: A man arrested 20 years after leaving the UAE in 1998 for credit card debt while in transit through Dubai International Airport has been released thanks to generous Ramadan donations from two unnamed philanthropists.

The Egyptian worked in Dubai in the 1990s and was married to a Filipino woman. The couple had a daughter, but they separated in 1998 and the mother returned to the Philippines with their daughter after an agreement with the father, who returned to Egypt.

The father regularly visited his daughter in the Philippines, but on his most recent flight from Egypt via Dubai last year, he was arrested in the transit area for an outstanding credit card debt.

issued by humanitarian department to solve the financial problem

“He had a credit card with unpaid bills when he left the UAE in 1998 and had accumulated a debt of Dh 50,000, but it was paid and he was able to return to his country after two philanthropists recently donated cash to release prisoners,” said First Lieutenant Habeeb Al Zarouni, director of the Dubai Police Department’s Humanitarian Care Department.

The Egyptian was one of 21 detainees released from the Dubai Central Jail in Al Awir after their debts were settled by the unnamed philanthropists, who donated about Dh2 million, according to Brigadier General Ali Al Shamali, director of the Correctional and Punitive Establishment of the Dubai Police Force. .

“Dubai police are eager to sign agreements with charities and redouble our humanitarian efforts as part of the Year of Tolerance,” said Al Shamali.

The Dubai Police Department is eager to sign charities and to redouble our humanitarian efforts as part of the Year of Tolerance.

The prisoners were convicted of financial crimes in commercial matters, debt and bank disputes.

Others in the same boat

Air tickets home were also purchased for the 21 inmates to fly them back to their home countries once they were released.

Brigadier Al Shamali praised the philanthropists for their donations and said they set an example to others when it came to encouraging humanitarian work.

The humanitarian department at Al Awir prison last year helped solve the financial problems of 5,485 inmates at a cost of Dh 8.1 million.

That money was also used to pay school fees for the children of inmates, rent for their families, as well as flight costs, medical bills and blood money for those involved in cases where someone had died as a result of their actions.

The section organized many initiatives for the families of inmates, such as providing clothing and school equipment to help instill a positive spirit among the inmates before they return to society as reformed figures.