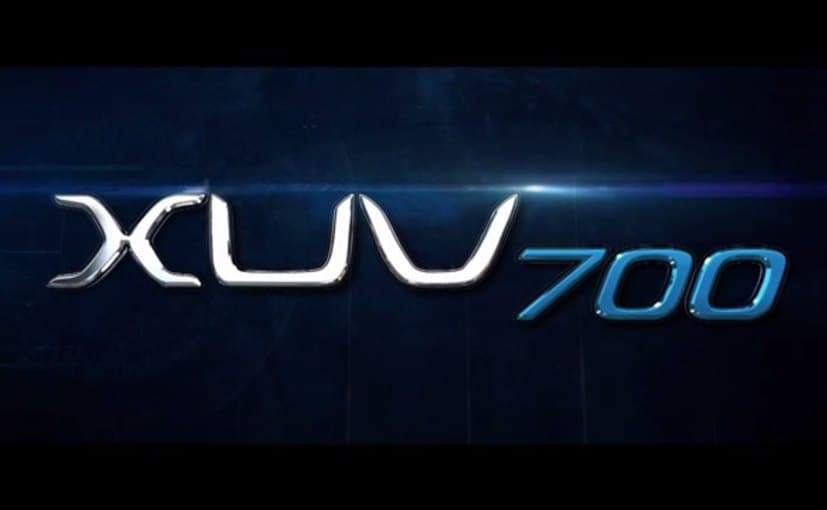 The upcoming Mahindra XUV700 is the company’s next flagship SUV and the official replacement for the existing Mahindra XUV500. It’s slated to go on sale in India later this year, between July and September 2021.

Mahindra & Mahindra has recently listed the upcoming XUV700 on its official website in India. Slated to be launched in India later this year, it is the company’s next flagship SUV and the official replacement for the existing Mahindra XUV500. At the moment, the product page only shows the name announcement video the company released earlier this month, along with a ‘Keep Me Updated’ section to collect customer enquiries for the SUV. The company had earlier said it will launch the Mahindra XUV700 in the Q2 of FY2022, which means it will go on sale between July and September 2021.

Also Read: Mahindra To Stop Production Of XUV500 With The Launch Of The New XUV700

Now, the all-new Mahindra XUV700 is built on the company’s new W601 SUV platform, and it is expected to come with premium design and styling, along with a range of smart creature comforts. The company claims that the SUV will come with all the latest world-class safety features. In fact, the company’s ex-CEO Pawan Goenka has told carandbike that all-new SUVs, in the company’s stable, will be safe enough to at least get a 4-star rating from Global NCAP. Talking about the W601 in particular he had mentioned that it will get a 5-star rating.

Based on the spy photos we have seen so far, the new XUV700 will come with features like a new grille, LED headlamps with LED DRLs, new flush-fitting door handles, new LED taillamps and sportier alloy wheels. Inside, it will get features like – a large Mercedes-Benz-style single unit screen, which will get split displays for infotainment and instrument cluster. The cabin trim itself is treated in stitched faux leather inserts, and it comes in a dual-tone black and beige combination. It will also get an optional electronic parking brake, and Advanced Driver Assistance System (ADAS) along with at least 6 airbags, ABS with EBD, ISOFIX child seat mounts, all 4 disc brakes and more.

Under the hood, the upcoming Mahindra XUV700 will be offered in both petrol and diesel engine options, with manual and automatic transmissions choices, and optional All-Wheel-Drive (AWD) capabilities. The engine specifications are yet to be announced but we believe it will get and more powerful version of the 2.0-litre petrol engine offered with the new Thar, along with a new 2.0-litre diesel engine.