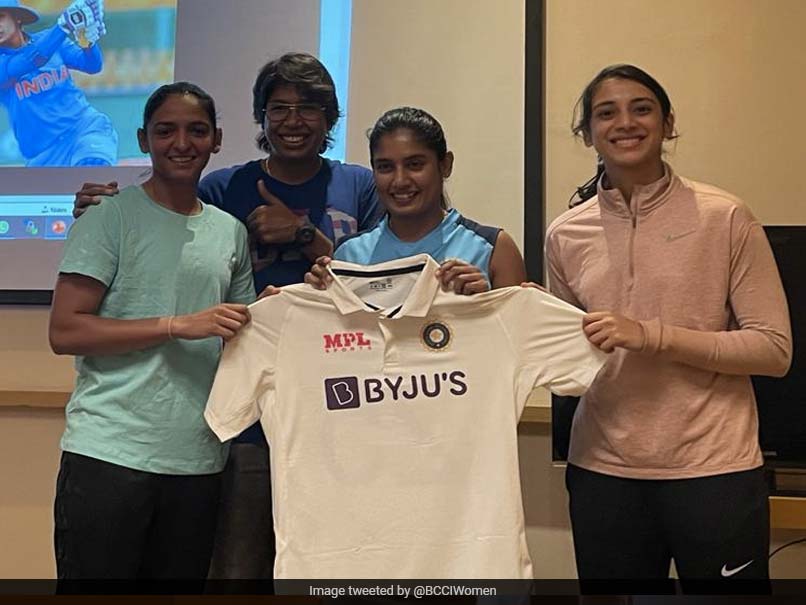 Ahead of the England tour, the Board of Control for Cricket in India (BCCI) on Sunday unveiled the new Test kit for the women’s side, which the Mithali Raj-led squad will be donning in the one-off game. The two teams will first square off in a four-day Test match, beginning June 16. Then both teams will be in action in three ODIs beginning June 27 with the matches slated to be played at Bristol, Taunton, and Worcester. BCCI shared the pictures on Twitter from the event and captioned the post as #TeamIndia’s new Test kit ahead of the #ENGvIND Test!”

Earlier in the day, India batter Harmanpreet Kaur shared a picture of herself sporting the Test jersey. She also shared a photo of the backside and as a result, now everyone knows that she would be sporting jersey number 7.

After the ODI series, both teams will then square off in three T20Is, beginning July 9 and the three matches will be played at Northampton, Hove, and Chelmsford.

India women cricketers are currently in quarantine but they are sweating it out in the gym to ensure they are raring to go for the high-voltage series.

Also, the third T20I between England Women and India Women, which was slated for July 15, will now be held a day before in Chelmsford.