Quinn Nordin was one of the New England Patriots’ top performers in the season opening 22-13 win against the Washington Football Team.

The undrafted rookie kicker hit 3 of 3 field goals, with one from 50 yards out. He got the chance after Nick Folk missed five consecutive days in training with an injury, which led to Nordin making noise with 14 consecutive field goals. If it weren’t for the occasion that arose from Folk’s absence, Nordin would probably still be looking for jobs on LinkedIn.

Nordin struggled his senior year at Michigan after hitting just 2 out of 5 field goals. But he proved to have a strong leg with 14 field goals made from over 40 yards and four over 50 — both of which were school records.

Bill Belichick discussed Nordin’s performance after the game and was focused on consistency going forward.

“Yeah, I mean, let’s take a look at it. Hit some good ones, missed an extra point,” Belichick said, transcribed by WEEI. “It’s all about consistency. Quinn has gotten better. He has worked hard. But again, it’s really about consistency at that position. We are coming. We’ll see what kind of progress he continues to make.”

The Patriots have a few weeks until the season opener, but Nordin looks to be at the top of the list for the track with Folk out. 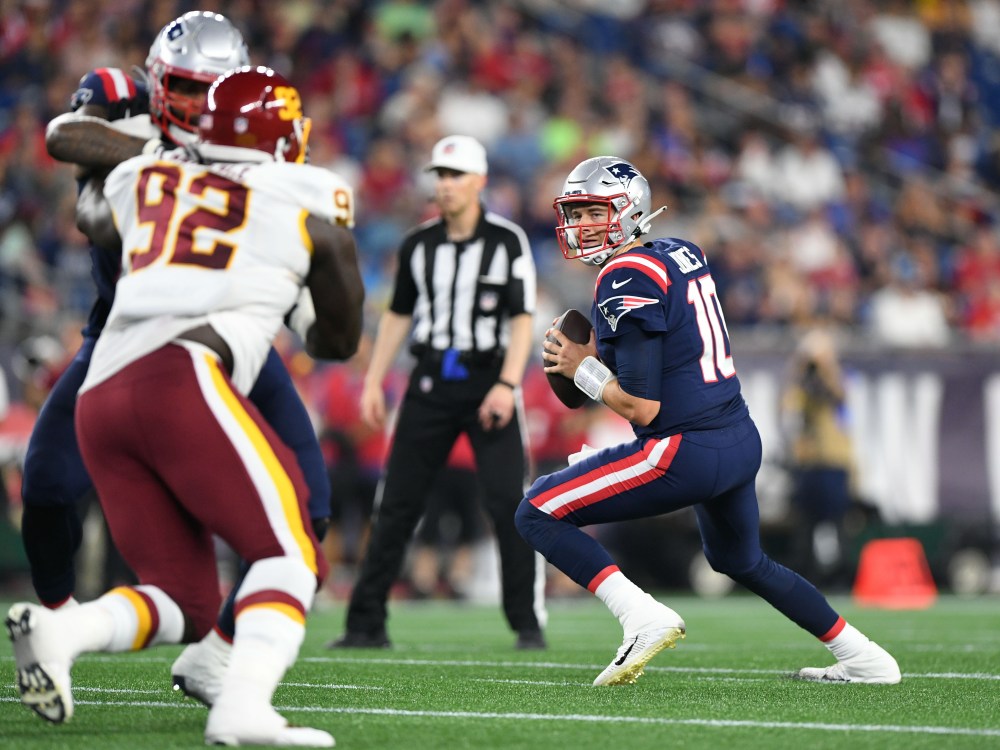