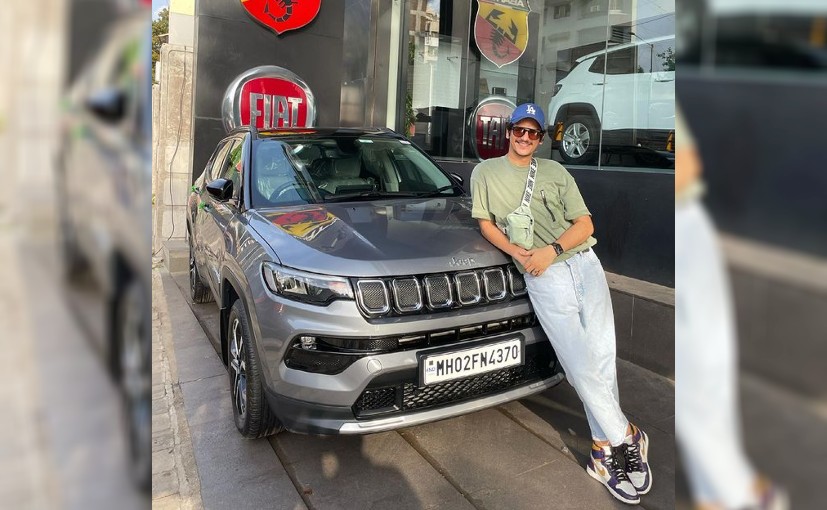 Known for his performances in films and shows like Gully Boy, Chittagong and Mirzapur, Vijay Varma is the proud owner of the 2021 Jeep Compass, ending his days of calling a cab.

Actor Vijay Varma, known for stellar performances in movies and shows like Gully Boy, Chittagong, Monsoon Shootout, Mirzapur, and more, has brought home the new Jeep Compass facelift. The actor took to Instagram recently to share the news along with pictures of his newest prized possession. Varma’s caption to the post made it even more interesting as he referenced his character Moeen from Gully Boy who was a mechanic and a car thief in the film.

Sharing the pictures on Instagram, Vijay wrote, “After stealing, fixing, driving, and selling cars onscreen…It’s time I finally got my own. Say hello to my new Love Interest Note- Masks were removed just for pics and We smell like hand sanitiser. Photos and moral support by @hindujasunny.”

Varma also shared a hilarious meme announcing the end of days for travelling in an Uber with a meme in the end. The actor’s Compass is specced in the minimal grey paint scheme with the dual-tone wheels, which hint at a Limited and above trim line. The face-lifted version of the Compass arrived earlier this year sporting a number of upgrades aimed to make the SUV a lot plusher.

Changes on the 2021 Jeep Compass include the subtly revised seven-slat grille, new full-LED headlights and taillights, reworked bumpers with a wider honeycomb mesh for the air intake. The cabin is where the real magic happens with the model getting substantial upgrades including the new and larger 10.1-inch touchscreen UConnect infotainment system, soft-touch leather on the dashboard, new upholstery for the seats, and a new steering wheel. Jeep has also increased the storage space in the central console.

Power on the Jeep Compass facelift comes from the 1.4-litre MultiAir turbocharged petrol and the 2.0-litre MultiJet diesel. The former is paired with a 6-speed manual and a 7-speed DCT, whereas the latter gets a 6-speed manual and a 9-speed automatic. While Varma’s Compass is the automatic variant, the engine option remains unknown for now. Prices for the 2021 Jeep Compass facelift begin from ₹ 16.99 lakh, going up to ₹ 28.29 lakh (all prices, ex-showroom India).

The Jeep Compass remains a popular choice for many celebrities given its excellent driving dynamics and premium positioning. On the work front, Vijay will be seen next in Darlings, Fallen, and Hurdang. His last release was the web series ‘Ok Computer’.