Free Vaccine In Delhi To All Above 18; Arvind Kejriwal's Message To Firms
Advertisement 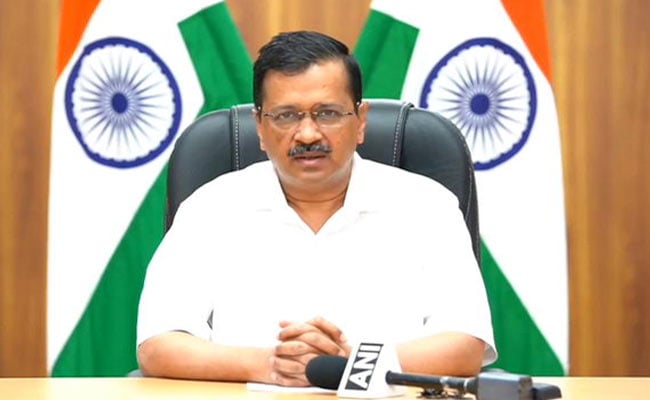 Arvind Kejriwal urged vaccine-makers to bring down the prices for state governments.

Delhi will vaccinate all above 18 free of cost, Chief Minister Arvind Kejriwal said today. Vaccinations will be open to all adults from Saturday.

“Delhi government has decided to provide free vaccines to everyone above 18 years of age. Today we have given the approval for the purchase of 1.34 crore vaccines. We will make an effort to ensure that it is purchased soon and administered at the earliest to people,” Mr Kejriwal announced.

This is likely to be only for Delhi Government-run hospitals. Those going to private hospitals will still have to pay for their Covid shots.

Mr Kejriwal urged vaccine-makers to bring down the prices for state governments.

“I appeal to vaccine manufacturers to bring down the price to Rs 150/dose. You have an entire lifetime to earn profits. This is not the time to do that when there is a raging pandemic. I also appeal to the Central government to cap the price (of vaccines) if needed,” he said.

While opening up vaccinations in the latest round from May 1, the Centre announced changes to its policy so that states and private hospitals can buy vaccines directly from the manufacturers.

The makers of both vaccines in use – Covaxin and Covishield – have announced higher prices for states and private entities than the rates at which the Centre had been buying them so far – Rs 150.

Serum Institute of India has said it will sell Covishield at Rs 400 per dose to state governments and at Rs 600 to private hospitals. Bharat Biotech’s Covaxin will cost states Rs 600 and private hospitals Rs 1,200, the company said yesterday.

The Centre insists that it will continue to provide vaccines to states free of cost.

In a Facebook post on Sunday, Union Health Minister Harsh Vardhan said the argument that the Centre was getting vaccines cheaper than states was “patently false”. “The actual situation is that states are getting one guaranteed channel of free vaccine supply, while it can simultaneously procure vaccines from another channel as per its aspirations and commitment to its people,” he wrote.

Oscars 2021: Everything You Need To Know About Youn Yuh-jung, Korea’s First Oscar-Winning Actress