Emily Swallow is a professional American actress. Emily Swallow came into the spotlight for her role as Kim Fischer on “The Mentalist”.

Emily Swallow was born in the United States on December 18, 1979, in Washington, DC. This maker her 41 years as of now and American by nationality. Similarly, she follows Christianity. Also, her zodiac sign is Sagittarius.

Moving on towards her family members, she was born to her father Gary Swallow, and her mother Jo Swallow. However, she spent her childhood in Jacksonville, Florida, and Sterling, Virginia. Similarly, the actress hasn’t revealed anything regarding her siblings. Besides, she also has a pet; a dog named Norma Jean Meatballs Kimball. She often uploads pictures of her dog on her social media account.

Talking about her educational status, she did her schooling at Stanton College Preparatory School. After schooling, she joined the University of Virginia and graduated from there with a Bachelors’s degree in Arts in Middle Eastern Studies in 2001. In addition, she also graduated with a Master’s degree in Fine Arts from New York University of Tisch School of the Arts.

Swallow made her Broadway debut in High Fidelity, King Lear, The Taming of the Shrew, A Midsummer Night’s Dream, Cat on a Hot Tin Roof, Shakespeare in the Park’s Much Ado About Nothing, and the world debuts of the off-Broadway productions Romantic Poetry and Measure for Pleasure.

Swallow made her cinematic debut in 2008 with The Lucky Ones, a military drama. She appeared in the world debuts of Donald Margulies’ play The Country House at the Geffen Playhouse in Los Angeles, Louis Jenkins’ play Nice Fish alongside Mark Rylance at the Guthrie Theatre, and John Patrick Shanley’s musical Romantic Poetry at the Manhattan Theater Club. In 2010, she won the Falstaff Award for Best Female Performer for her role as Kate in Shakespeare’s The Taming of the Shrew. 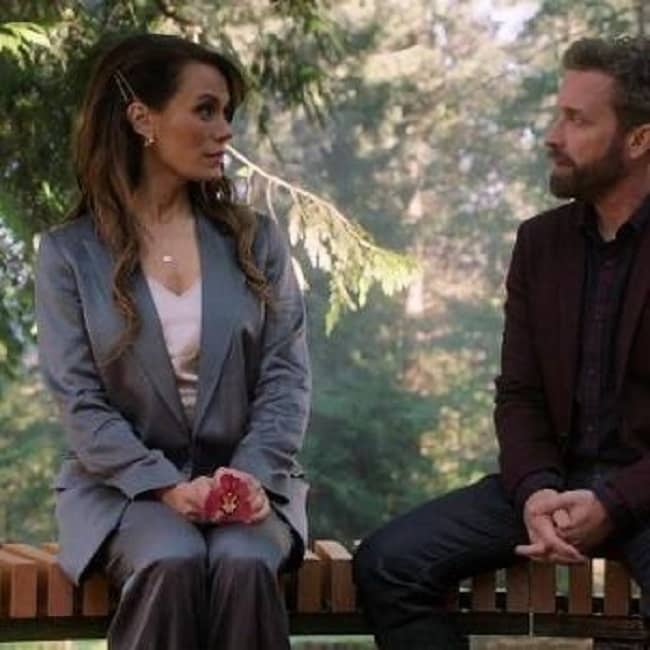 Swallow and fellow singer/comedian Jac Huberman co-created the stage performance Jac N Swallow in 2012, which they performed at the Laurie Beeckman Theater and Joe’s Pub in New York. The show follows the duo’s comedic exploits as they face a variety of life difficulties with differing degrees of sanity and decency. They’re working on a show based on the characters. In 2013, she worked on the world premiere of Nice Fish at the Guthrie Theater alongside Mark Rylance and poet Louis Jenkins. She was cast in Ayad Akhtar’s Disgraced by the Center Theatre Group in 2016.

Swallow made her first TV appearance in Guiding Light. Since then, she has been seen in shows such as Southland, Ringer, The Good Wife, NCIS, Flight of the Conchords, Medium, and as series regular Dr. Robidaux in “Monday Mornings”. She played FBI agent Kim Fischer in the TV show The Mentalist. In 2015, she was cast in the eleventh season of Supernatural as Amara, “the Darkness,” a new character.

She has earned a large amount of money as an actress and social media personality. According to online sources, the expected net worth of the American actress is around $2 million US dollars as of 2021.

Reflecting on her relationship status, Emily is a married woman. She married popular American stage actor, Chad Kimball on 26th August 2018. Their marriage took place in front of their friends, relatives, and family members. Although they are married for more than three years, they haven’t welcomed any child to date. 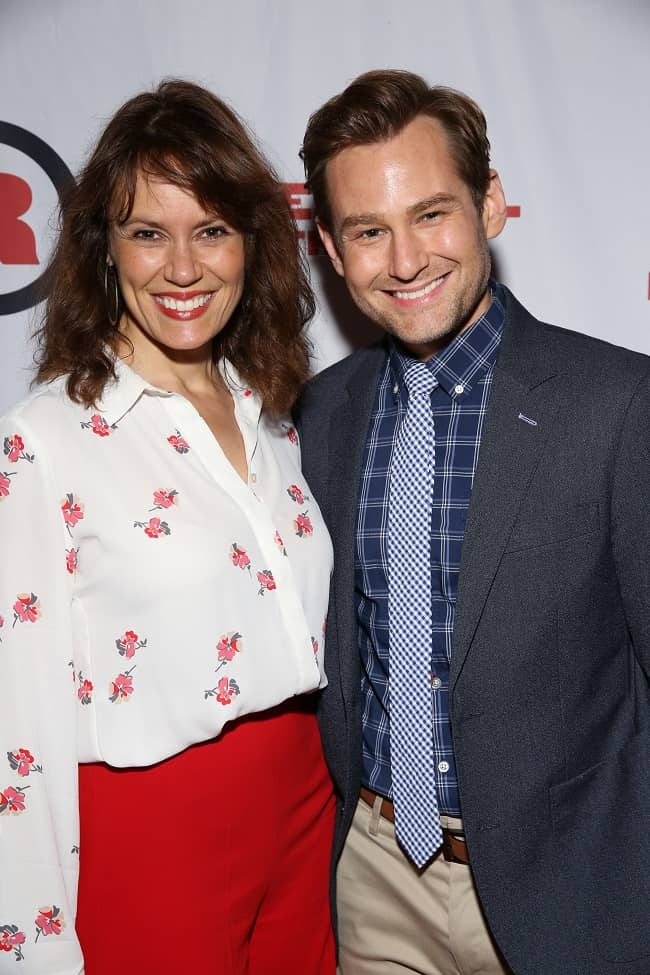 Regarding her physical statistics, Emily has brown hair and dark brown eyes. Moreover, the American actress has an attractive body with a weight of 53 kg and a height of 5 feet 7 inches. Besides that, her body measurements are 31-24-33 inches. 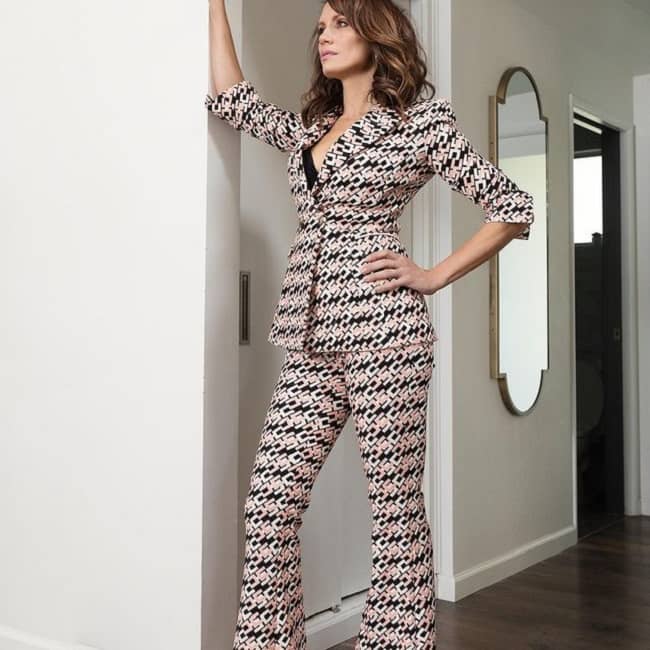 When it comes to her social media presence, the actress is pretty much active on them. She has more than 10k followers on her Facebook page. Likewise, her @bigeswallz Instagram account is verified and has a huge 151k followers. In addition, she joined Twitter in July 2009 and has already gained more than 73.5k followers.