Marvel’s What If…? Creators think MCU fans are ready for a multiverse 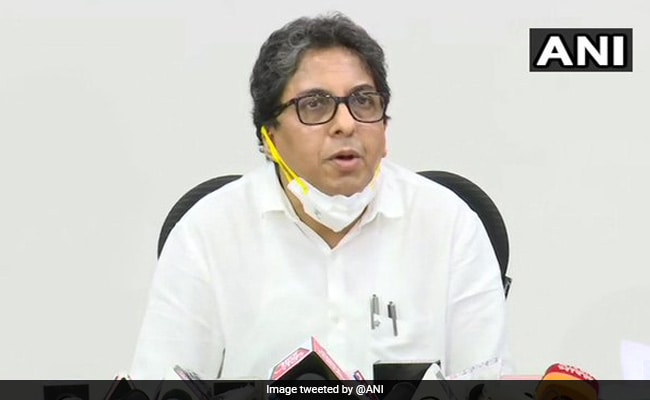 Alapan Bandyopadhyay was scheduled to retire on May 31 (File)

Mr Bandyopadhyay, who joined Ms Banerjee in skipping a meeting with the Prime Minister, was to report to the Department of Personnel and Training in North Block by 10 am.

However, sources have said the state’s top bureaucrat is still in Kolkata and and that he has not yet been relieved of his duties by the Bengal government. According to news agency PTI, he is also still scheduled to participate in a review meeting – to be led by the Chief Minister at 3 pm Tuesday.

Mr Bandyopadhyay’s recall order was issued hours after Ms Banerjee skipped a meeting with Prime Minister Modi to assess the impact of Cyclone Yaas, choosing instead a quick 15-minute interaction with him at an airbase where his flight landed.

She was to attend a cyclone damage review with PM Modi but left after handing him a report. The centre alleged she kept PM Modi and governor Jagdeep Dhankhar waiting for half-an-hour.

A furious Mamata Banerjee on Saturday called the centre’s decision to recall Mr Bandyopadhyay “unconstitutional” and “illegal”, and appealed to government to withdraw its order.

“Accept defeat in Bengal (and) stop dirty games,” she appealed to the Prime Minister.

The Trinamool Congress has criticised the centre’s move to recall the top officer.

“Has this ever happened since Independence? Forced central deputation of a Chief Secretary of a state. How much lower will Modi-Shah’s BJP stoop? All because people of Bengal humiliated the duo and chose Mamata Banerjee with an overwhelming mandate,” Trinamool MP Sukhendu Sekhar Ray said.

Mr Bandyopadhyay, a 1987-batch IAS officer from the Bengal cadre, was to retire May 31 but was granted a three-month extension by the Centre to work on Covid management in the state.

Canada Honours 215 School Children “Who Never Made It Home”

Shanaya Kapoor, In A Mexico State Of Mind, Sizzles In Throwback Photoshoot