62% Turnout Till 5 pm In UP Panchayat Polls; 2 Cops Die On Duty
Advertisement

Hungama 2 passes more than 7.6 million views in a week, topping the list of most watched movies of the week.

Biden Administration Cancels $1.5 Billion in Student Loans So Far: Who Can Benefit Now? 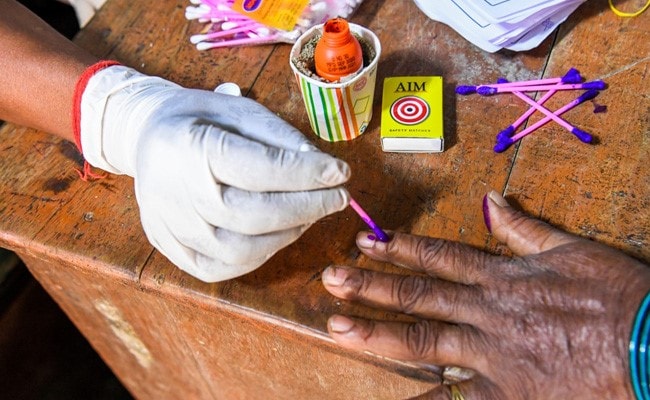 Uttar Pradesh on Monday recorded about 62 per cent voter turnout till 5 pm in the third phase of the Panchayat polls during which two security personnel died after falling ill while on election duty.

Scuffles and stone-pelting were reported from the state’s Firozabad district where a man was injured.

Over 2.72 lakh candidates were in the fray for 2.14 lakh seats across 20 districts in this round of the four-phase election, a mammoth exercise held in the shadow of the coronavirus pandemic.

A State Election Commission (SEC) official said 62.35 per cent of the registered voters had turned up between 7 am and 5 pm, with another hour to go before the polls closed.

Among them, Meerut recorded the highest poll percentage of 69.30 till 5 pm.

71 per cent polling was recorded in the first two phases. Polling for the fourth phase will be held Thursday and the counting on May 2.

The Allahabad High Court has asked the Uttar Pradesh government to conclude the Panchayat election process by May 25.

One of the personnel took ill while going to a polling centre in Firozabad district’s Shikohabad. He died in hospital, a police officer said.

In a similar case, a head constable deployed in Ballia’s Bansdih area to maintain law and order during the polling died after his body’s oxygen level dipped.

Additional Superintendent of Police Sanjay Yadav said Kamla Singh Yadav (50) complained of difficulty in breathing and was taken to the district hospital.

Doctors there referred him to a higher medical centre and he was then brought to a hospital in Buxar district in neighbouring Bihar, where he died during treatment, the official said.

He said it is not known whether the head constable was tested for COVID-19.

Free Vaccines To Everyone Above 18 Years: Haryana Health Minister

PM, Biden Speak On Phone After US Says Will Send Raw Material For Vaccine