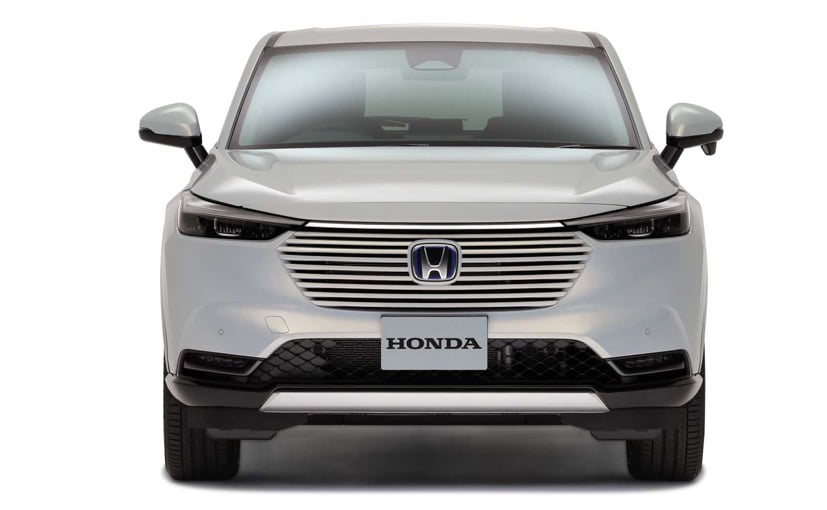 The new Honda HR-V will get a 1.5-litre, four-cylinder petrol motor coupled with an electric motor.

The new Honda HR-V e:HEV will be powered by a 1.5-litre engine coupled with an electric motor.

The new Honda HR-V e:HEV made its global debut about a month ago, which is when we also got to know that it will be sold globally only in this hybrid variant. Now, Honda is all set to introduce the new HR-V e:HEV in Europe and subsequently it will make its way to other markets as well, and the Japanese carmaker has revealed the technical specifications for the Europe-spec SUV. The new Honda HR-V will get a 1.5-litre, four-cylinder petrol motor coupled with an electric motor. Top-end variants of the new Honda HR-V will also get an all-wheel-drive (AWD) system. The powertrain is tuned to churn out 129 bhp and 254 Nm of peak torque. In fact, Honda is also testing the HR-V on Indian soil and we are expecting it to join the line-up with the same hybrid powertrain. 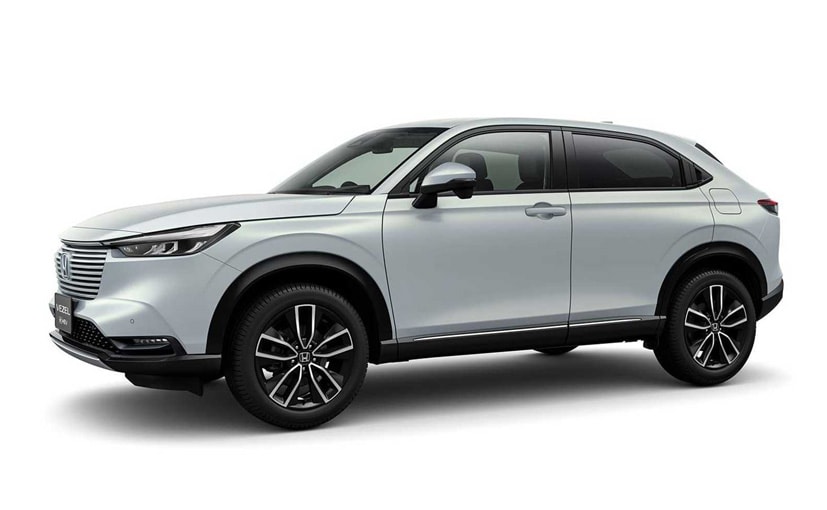 The 2021 Honda HR-V looks bigger than its predecessor.

Besides seeing an increase in size compared to its predecessor, the new Honda HR-V also looks futuristic and sharper, sporting a plethora of creases on the face and along the sides. The new grille seamlessly blends with its face and is flanked by LED headlights along with LED eyebrows on the top. Then you also see subtle chrome detailing on its face, covering the width of the grille. 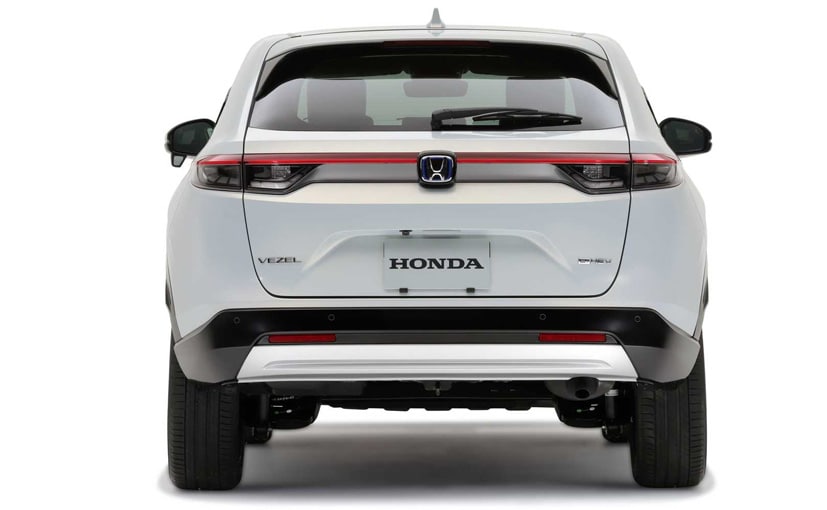 The rear has been revamped as well and gets new conjoined taillights.

Moving to the profile, the tapering coupe line in its predecessor is pretty much apparent even on the new model and then there are C-Pillar mounted door handles. The rear of the HR-V has been revised as well and now sports a LED light bar that stretches across the width of the crossover. On the inside, it gets new dashboard and steering wheel.

The newness continues even on the inside where you see a new dashboard and steering wheel. Then the cabin is finished in all-black theme and gets features like a dual-pane panoramic glass roof that makes the cabin feel more spacious. It is also equipped with a tablet-like infotainment system with a 9.0-inch touchscreen, large air-con vents stretching across the width of the dashboard and powered tailgate among others.